OF GEORGE KELLY AND FAITH

Regin Raymund Dais, RPm
Pamantasan ng Lungsod ng Maynila
I was graduated way back in the 1990s, with a wife and three kids, working at two jobs, and in night school studying law. Except for a year as an HR Assistant and my personal circumstances and dvocacy, I have never actually practised psychology. So my decision to go for the first-ever Board Examinations for Psychologists and Psychometricians or the BLEPP last October was a leap of faith.
More than being a part of history, I was banking on the chance that the exams might be easy as the Board of Psychology would go soft on the maiden batch. As it was, almost 61% failed. It has been almost two weeks since the 2014 BLEPP and distance in time makes contemplation saner and more sober. With greatest joy, I celebrate with those who passed. With deepest sadness, I commiserate with those who did not.
When I finally got through my application at PRC, I sat down to craft my review schedule. I knew I had only one full month to review. I divided the days among the four subject areas starting with what I thought was the easiest — Theories of Personality — then IO Psychology and Abnormal Psychology and finally, Psychological Assessment, which was the heaviest as per the Table of Specifications (40%).
Problem was October was also the end of the semester which meant final exams in law school would be simultaneous with BLEPP. On the first day of BLEPP, I had a final exam in a major subject. I asked my professor if I can take the exams in her Thursday class; fortunately she agreed. On the second day of BLEPP, our office had an event to which I was assigned. I focused on finishing the Abnormal Psych part as fast as I could and having did was surprised at my watch reading just a few minutes after 9, I ran late to the office. Fortunately again, the event finished just before 1 and I was just in the nick of time when the Psych. Assessment part was about to start.
In all these, I cannot ignore a mighty, all-knowing, all-powerful hand. Waiting for the results, I felt that seeing my name among the passers would just be confirmation. Sure, there were doubts that nagged like what if the Scantron machine fails at exactly the time when my answer sheet was on the feed or what if I forgot to shade something like the Test Set (which I actually did on the Abnormal Psych. part when I was in haste but to which the proctor called my attention as I was leaving the room). But I dispelled such thoughts believing “that all things work together for good to those who love God and are called according to His purpose.”
In short, I passed. As I have passed with flying colors two other board exams although at roughly lesser odds. Friends ask me what is my secret. And I always answer two words. Faith AND hard work. What if I failed? is a tougher question. But I do know the answer. You see, I was almost kicked out due to really bad grades back in college and had my own string of disappointments joining the ranks of the unemployed for some time. These later successes I have proved just one thing: Failure is never final.
Or if you do not believe in God and go by psychology instead, hear George Kelly saying: “the interpretation of the event is more important than the event itself.” Indeed, we can either rise and try again, or just roll over and die.
(reprinted from Blogger November 11, 2014)
first published in https://psychometricpinas.blogspot.com/search?q=regin+raymund+dais November 14, 2014
September 20, 2022September 20, 2022 ~ regindais ~ Leave a comment

In my craft or sullen art

Exercised in the still night

When only the moon rages

And the lovers lie abed

With all their griefs –

I labour by singing light

Not for ambition or bread

Or the strut and trade of charms

On the ivory stages,

But for the common wages

Of their most secret hearts.

Not for the proud man, apart

From the raging moon

On these spindrift pages;

Not for the towering dead

With their nightingales and psalms

But for the lovers, their arms

Round the griefs of the ages

Who pays no praise or wages

Nor hear this fart

Or heed this crap.

The miracle of Easter

Today we wake up to an empty tomb. For us living in this time of COVID-19, the age-old image takes on uncanny new meanings.

It is actually “tombs” in the plural form. Some of our loved ones, friends, co-workers, acquaintances, and strangers here and everywhere have died. And the medical protocol calls for them to be immediately cremated. What we are left to see are indeed “empty” tombs.

It is “empty” as well because we could not be there for the final viewing as we are holed up in the safety of our homes. Our dead’s wake is as empty as the emptiness that we feel they leave us with with their sudden passing.

It is an “empty tomb” because we feel it was such a waste to die by a virus. We think it is so without the worthiness of dying for or by something greater, something worthier. Dropping dead because of overwork or for money or for fame or maybe through an accident seems more dramatic. An unseen virus such as this makes death invisible even.

These words are heavy individually and as a collective. Yet, this is exactly what Easter tells us otherwise. Christ’s tomb is empty because He did not stay dead. He has risen! And with His resurrection comes the promise of our own resurrections. From sin and death itself.

Look! We are (still) alive and well. And our dearly departed ones will be waking up to a new life. So come! Let us take out the silver from the cupboard. Let us take out pizza. Let us cook some of the canned goods from the barangay rations. Let us smile, no let us laugh and be merry. Easter is a day of celebration even amidst all these.

“For they [the disciples] did not yet understand the scripture that he [Jesus] had to rise from the dead.” (John 20:9). But as the Spirit grants us the wisdom, may we stay at home with the same peace of heart in understanding and accepting it all as “Then the disciples returned home” believing (John 20:10). And so when our time comes, we will not be afraid. For we know we have to die to live again as Jesus did.

All glory and honor and praise to you O Father, Son and Holy Spirit. Happy Easter everyone!

“Everything on earth has its own time and its own season.” A verse like this makes Ecclesiastes one of my favorite books in the Bible.

It strikes me that God is not in a hurry with us. He takes his time and is more interested in the process than He is with the result. It is actually comforting to realize that God is actually giving us more time to grow. He is not forcing us to grow or change overnight.

Then again, change does indeed takes so long with us humans. Because we are slow learners, we need to learn again and again and again. So God gives us the same tests over and over again until we get it. We may cry out in pain and get angry with God. We ask: “Is he cruel?” But he just wants us to learn well. 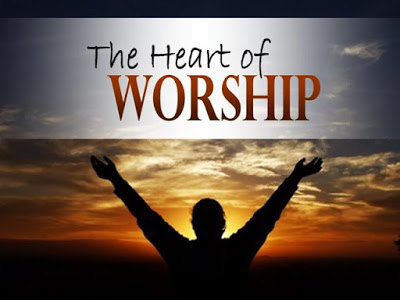 Day 10: The Heart of Worship

My insight in this chapter is that trusting is like an English lesson in tenses. You know, our regrets (past), our problems (present), and our ambitions (future) we should give all to God believing that He is working (present progressive) continuously to sort it all out for us. But before God can do His job, we must surrender it all to Him. And this TRUST is the heart of worship.

Nevertheless, Warren stresses that this surrender must never just be a one-time event. From the moment of surrender, there is the practice of surrender, which is moment-by-moment and lifelong. The challenge for us, therefore, is to make this surrender a daily habit as my favorite apostle, St. Paul, said: “I die (to Christ) daily” (1 Corinthians 15:31).

Indeed, our decision to totally surrender to God will be tested. It is an unpopular, inconvenient, even seemingly idiotic path. Friends, even our families might rail against our utopian dreams as if we thought of them while we were on acid. In fact, we may even feel that we are going against our true selves. And yes, we are. We have changed and it will feel uncanny remembering our former selves would never have thought so.

Continue reading from my Wattpad book at https://www.wattpad.com/375637457-my-radical-journey-40-days-with-the-purpose-driven 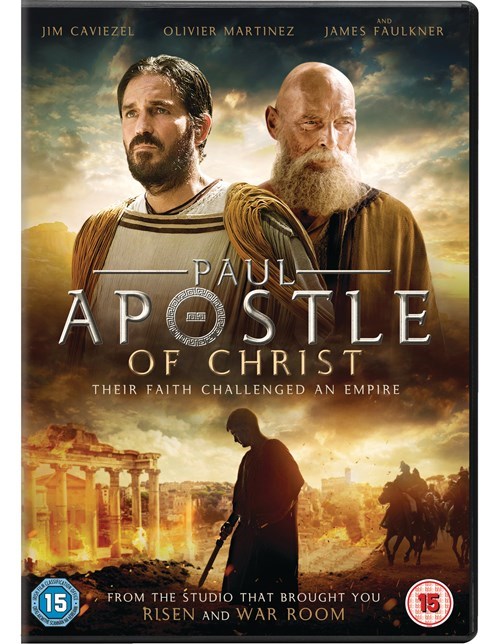 Yesterday is the birthday of my dad. Incidentally, January 25 is also the feast day of the Conversion of St. Paul or Saul of Tarsus as he was known “before Christ” 😉 called him. Days before (and without me knowing about St. Paul’s feast day) a Christian officemate providentially (there’s no coincidence as far as God is concerned) gave me a copy of the movie Paul, Apostle of Christ. Nice to see Hollywood is producing good movies as this instead of the usual blood-zombies/ghosts-guns-bombs variety. Do check the movie and hopes it whets your appetite to read Paul’s Letters or at least the Acts of the Apostles. Better yet, reverse the order and see if the film did justice to the Bible.

Lord, thank you for giving us the example of St. Paul. Thank you for showing us that sinners like him and like us, no matter how worse, is so loved by God no matter. And that you have plans for us that are bigger and nobler than our faults. Bless us Lord with the Holy Spirit that we may respond to your call and take up the challenge as baptized of doing missions to spread the Good News of your love to our families, our friends, our enemies — here at home or wherever you may send us. Glory to you O Lord!

This is a text widget, which allows you to add text or HTML to your sidebar. You can use them to display text, links, images, HTML, or a combination of these. Edit them in the Widget section of the Customizer.
Musings
Create a free website or blog at WordPress.com.
Loading Comments...